IPA's have had  a rapid rise in Australia over the last 5 years, and naturally has resulted in differing riffs on the style, the West Coast IPA  has captured the attention of most hop heads. But another version has recently been making its own case for recognition, the New England IPA. Some have hailed it the HAZE CRAZE

Our very own PROVIDENCE is all about the late additions of hops in the brewing process. Enough in the whirlpool to get plenty of flavour but not too much of the bitterness to keep it very drinkable.

Then just for the shear fun of it we double dry hop the brew, once at the beginning of fermentation and then again at the end to give it the pungent juicy tropical aromas that this style is known for. Pours extra hazy pale straw with creamy white head and mouthfeel to match.

New England IPAs are beers that are purposely hazy or cloudy, which can give these brews a smooth, creamy mouthfeel – a departure from the light/dry mouthfeel you often get with West Coast IPAs – with little to no hop bitterness at the end utilising hops that impart a tropical, juicy sweetness rather than the bitter, passionfruit or citrus-y flavours West Coast IPA lovers have come to expect.

This new style all started with Heady Topper, the cult beer made by The Alchemist Brewery in Vermont, USA.

The first brewers to embrace this new version of IPA were fellow Vermonters, a fact that has caused many to lobby for the style to actually be named Vermont IPA instead of New England IPA.

Murrays are on the HAZE CRAZE 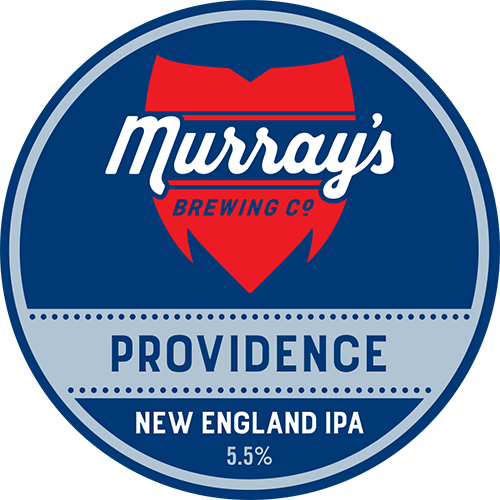