From Saturday 2 June to Saturday 30 June

Murray’s Brewing Co. are excited to announce their dark beer line-up will be unleashed this June during the  annual Dark Beer Month celebrations. A baffling array of new beers will be progressively released from Saturday 2 June.

“We’re aiming to give people some great survival tools and reasons to embrace winter. Each June we bring out our darkest beers to help make winter warmer, and each weekend we’ll offer up matching dark beer food, including delicious sweet donuts,” says brewery owner, Murray Howe. “These aren’t ordinary beers. They’re audacious, sometimes-crazy dark beers. Some are sweet, some a little bitter, and there are several styles in between – there’s truly something for everyone.”

“For the first time, we’re playing with spirts and beer together – inspired by our own Gentleman Smith craft spirits range. And who could resist trying a chocolate orange, or rum and raisin beer? There’s even one made with chocolate and lashings of coconut. Although most people think that dark beers are all high in alcohol, the majority of this year’s offerings are very sessionable beers,” he added. 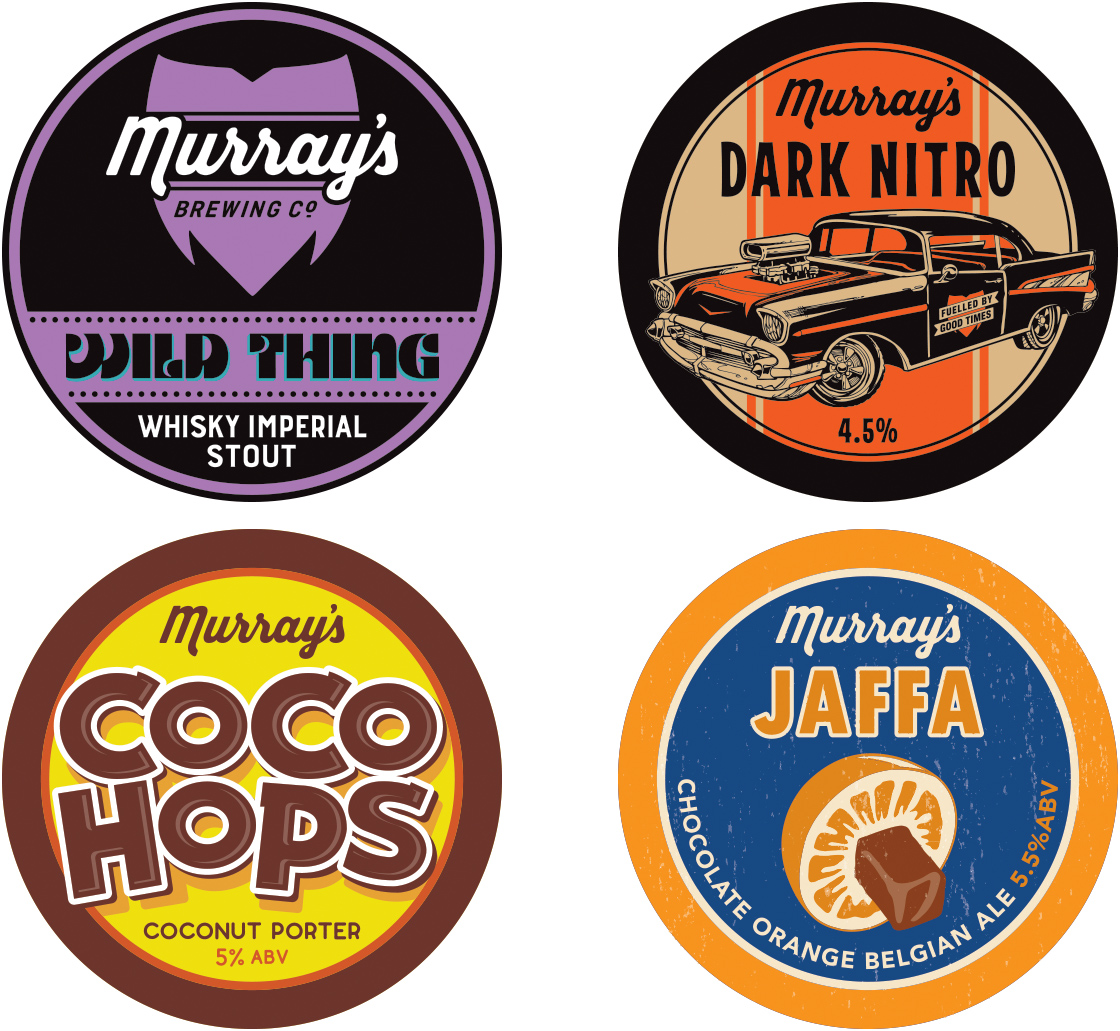 Headlining this year is ‘Wild Thing’ Whisky Imperial Stout (10% abv). Inspired by the great stouts favoured by the Russian Imperial Court, the original Murray's cult beer, 'Wild Thing' Imperial Stout, is a massive, intense drinking experience. This year, it’s extra wild from conditioning on whisky barrel staves. An intense hit of mocha, with some roast malt sweetness, combining with the barrel oak to give a complex, yet rounded flavour. An aggressive addition of hops gives bitterness to balance. The colour is intensely black.

'Dark Nitro' (4.5% abv). Dark Nitro is exactly as it sounds – the same great Dark Knight porter that everyone loves, but with a nitro twist. We’ve used nitrogen to dial up the drinking experience this winter – giving it an extra creamy texture and mouthfeel. 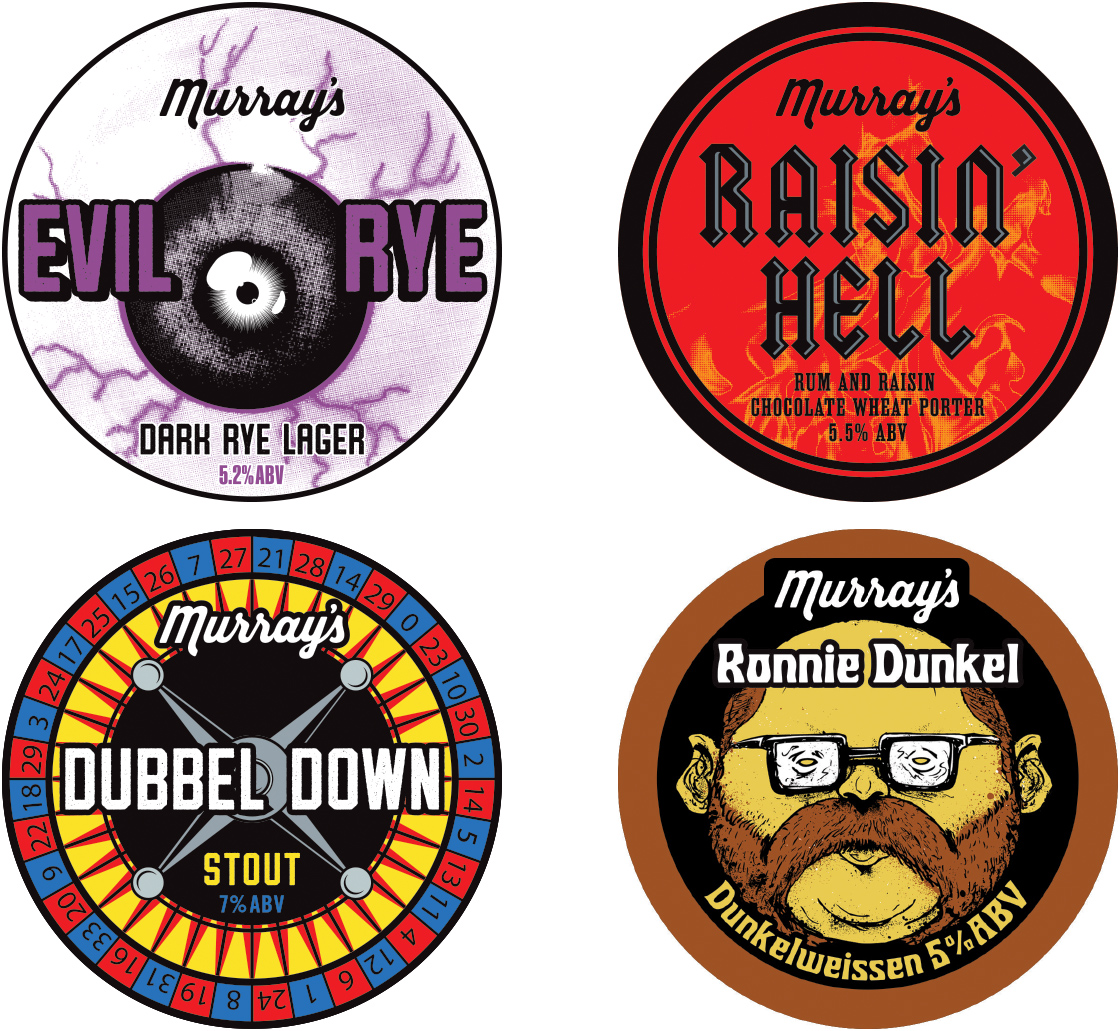 ‘Ronnie Dunkel’ Dunkelweissen (5% abv). A lower alcohol, easy drinking alternative to stronger dark ales, ‘Ronny’ is a Bavarian Style Dark Wheat beer, also known as a Dunkelweizen. ‘Ronny’ pours dark brown with a reddish tinge and a creamy-white head. Pronounced clove with hints of banana in the aroma from the yeast are balanced with caramel and chocolate flavours from the darker roasted malts. A sophisticated, complex and easy drinking dark beer for the winter months.

'Coco Hops' Coconut Porter (5% abv). An explosion of chocolate and roast malt deliver rich, complex  roasted coffee aroma. Four other speciality malts give it smooth, full-bodied mouth feel. Topping off with lashings of coconut in maturation makes this a complete experience for the senses. Pours very dark brown with ruby highlights and a creamy tan head.

'Dubbel Down' Stout (7% abv). Combining characteristics  from classic Belgian and British styles to bring a very unique beer to life. Pours jet black with a creamy tan head. Big aromas of Belgian esters and chocolate on the nose. Smooth yet tart mouth feel with classic flavours of a British stout and a dry finish.

'Evil Rye' Dark Rye Lager (5.2%abv). This lager is anything but light. A dark twist on a rye lager, this beer is full of traditional rye spice and deep malty goodness complemented by subtle roasted malt and chocolate notes. Rye not try one?

All beers will be available progressively across the month of June from Murray’s Brewery in venue or online, plus some available through leading craft beer venues. 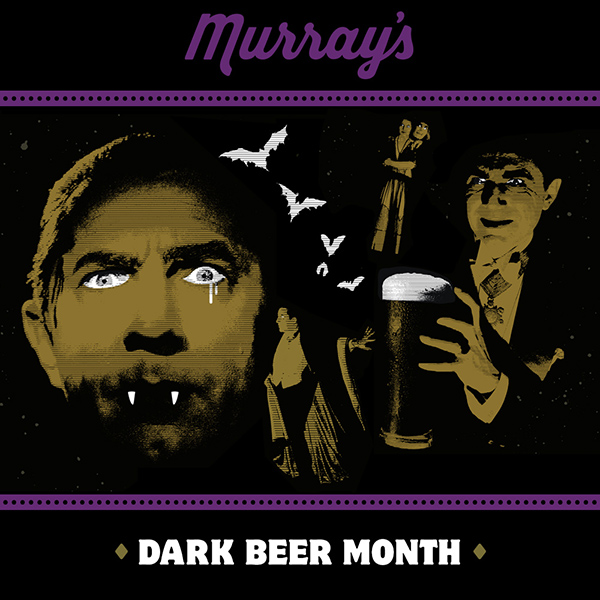